Wrath, Sin, and Judgment and the Naive Optimism of Liberal Christianity

By The Venerable Doctor Christopher A. Brown

“Sinners in the Hand of an Angry God” 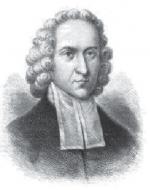 In the 1740’s the American colonies experienced a religious revival called the “Great Awakening.” One of the climactic events during this period was a sermon preached on July 8, 1741, in Enfield, Connecticut by Jonathan Edwards, entitled, “Sinners in the hand of an Angry God.” Edwards was an unlikely revivalist preacher. A graduate of the third class of Yale University, he was the pastor of a Congregational church in Northampton, Massachusetts, and eventually became the president of Princeton University. He is recognized as America’s fi rst philosopher, and has been called our nation’s greatest theologian. He read his sermons – without departing from the written text – in a calm, steady tone, without dramatic gestures. Yet his preaching sparked revival in his parish in Northampton, and his sermon that day in Enfield, Connecticut, had a powerful effect on his listeners. An eyewitness, named Stephen Williams, wrote,

“We went over to Enfi eld where we met dear Mr. Edwards of Northampton who preached a most awakening sermon from these words, Deuteronomy 32:35, and before the sermon was done there was a great moaning and crying went out through ye whole House…. ‘What shall I do to be saved,’ ‘Oh, I am going to Hell,’ ‘Oh, what shall I do for Christ,’ and so forth. So yet ye minister was obliged to desist, ye shrieks and cry were piercing and amazing... astonishing power of God was seen, and several souls were hopefully wrought upon that night, and oh ye cheerfulness and pleasantness of their countenances.”

Edward called his listeners to repentance by reminding them of the peril of eternal loss. Much of his sermon consisted of a harrowing description of Hell and divine punishment. Only toward the end did he briefly – though powerfully – extend a ray of hope, and speak of the grace and forgiveness that are available through Jesus Christ.

Times have changed. Few preachers try to frighten people into repentance and conversion these days, and none with the intensity and literary flare of Jonathan Edwards. The greatest revival preacher of the modern era, Billy Graham, spoke about sin, repentance, and even eternal punishment, but his emphasis was on grace and the love of God.

Lately, even in the Evangelical world, there are some who question the prospect of eternal punishment as inconsistent with the love of God. Most prominent, perhaps, is Rob Bell, author and pastor of the Mars Hill church, who wrote, “hell is not forever, and love, in the end, wins.” Such statements are novel in Evangelical circles, but among Mainline and Liberal Protestants they have been a commonplace for many years. 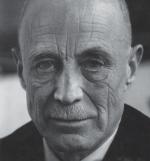 In the first half of the twentieth century, H. Richard Niebuhr and his brother, Reinhold Niebuhr, were the most respected theologians in America Reinhold (author of the “Serenity Prayer”) taught at Union Theological Seminary in New York; Richard taught at Yale. Both were interested in the intersection of religion, culture, and politics. In 1937, in his book, The Kingdom of God in America, H. Richard
Niebuhr characterized the creed of liberal Christianity this way:

“A God without wrath brought men without sin into a kingdom without judgment through the ministrations of a Christ without a cross.”

Niebuhr intended these words as a critique of the liberal secularization of the Gospel, which in his view, had resulted in a “loss of religious heritage.” Yet Niebuhr was not a religious conservative, and was sympathetic to the Social Gospel movement
of his time. His criticism of theological liberalism – with its rejection of wrath, sin, judgment – is nuanced, and best understood in the context of his discussion the Kingdom of God.

Niebuhr suggests that the dominant and unifying idea of American Christianity is the “Kingdom of God.” This theme, however, has been understood variously in different periods. Among the Puritans, says Niebuhr, the Kingdom of God was understood as objective God’s Sovereignty over human society and natural order. In the period of the Great Awakening, Edwards and his colleagues understood the Kingdom as the Reign of Christ, spread by the inward conversion of human hearts. In the modern era under the liberal infl uence of the Social Gospel movement, it has come to mean the “Kingdom on Earth” – and hence the transformation of society.

Theological Liberalism (distinguished from Liberalism as a political philosophy) developed in America in reaction to a doctrinaire Evangelicalism after the dynamism of the Great Awakening had run its course. It was a “revolt,” Niebuhr suggests, against a formulaic revivalism that had “degenerated into method for drumming up church members,” and, “against the other worldliness which made heaven
and hell a reward and punishment.” At its best, Liberal Christianity was a dynamic movement that “saw an intimate connection between man’s behavior and its results.” It was practical, ethical, and concrete.

In Niebuhr’s view, however, Liberal Christian lost the dynamism of the early Social Gospel movement of the late 1900’s, and as it grew further away from Evangelicalism, it shed its doctrinal foundations and became increasingly secular. “The liberal church of liberal fathers needed to operate with ever diminishing capital... the heritage of faith with which liberalism had stated was used up.”

It is not hard to see how one might reach such a conclusion. When God reveals the Torah (or Law) to Moses and initiates a covenant with Israel, he warns of the consequences of unfaithfulness. The Old Testament contains numerous examples of divine judgment, from Korah’s being swallowed up by the earth, to the destruction of Jerusalem. In contrast with the God who is a “consuming fire” (Deuteronomy 4:24), Jesus is “meek and lowly of heart,” and has “not come to judge the world but to save the world” (John 12:47).

On the other hand, there are frequent references to the mercy and loving kindness of God in the Hebrew Scriptures. At the same time, Jesus himself can speak with great severity about the judgment to come, when “some will be thrown into the outer darkness” where there is “weeping and gnashing of teeth” (Matthew 8:12). Similarly, Paul’s magisterial proclamation of God’s free grace in Epistle to the Romans begins with the revelation of the Wrath of God, for which only the “redemption that is in Christ Jesus” is the fitting “propitiation” or “sacrifice of atonement.” 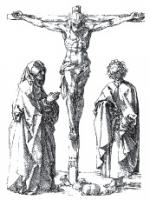 We cannot drive a wedge between the Old Testament and New, nor between wrath and love; they stand in a dialectical relationship. The challenge for theologians and preachers alike is to speak about both in a manner that is faithful to the Good News of the Gospel. While God’s wrath is the fi tting response of God’s justice to all that mars the integrity of the created order, it is nevertheless God himself who “propitiates” his own wrath. God is not “bought off” by the sacrifi ce of the cross. As the Roman Catholic theologian, Karl Rahner, said, God does not “change his mind.” Rather, “in salvation all initiatives proceed from God himself.”

A Naïve Optimism
The real issue behind the liberal discomfort with divine judgment is an uncertainty about salvation. Do we really need be “saved”? And from what? Says H. Richard Niebuhr, as liberalism “tended to become more secular” it also tended “to lose a sense of the broken relationship between God and man.”

Liberal or Progressive Christianity is prone to a Naïve optimism about the human condition. In part, this is a reaction to the Puritan notion of “total depravity.” It is also the result of an uncritical embrace of the modern Enlightenment, which saw human ills as purely the result of ignorance, superstition, and oppressive social institutions. There is no “original sin” corrupting every human heart, and compromising our relationship with God before we even begin. Rather, humankind is fundamentally good and the solution to our problems lies in education and the reform of corrupt institutions and oppressive cultural traditions.

This liberal optimism differs radically from the Biblical assessment that “all have sinned and fallen short of the glory of glory.” Its secularized redemption departs from Paul’s declaration that we “are justified by God’s grace as a gift, through the redemption that is in Christ Jesus, whom God put forward as a propitiation by his blood” (Romans 3:23-25).

Yes, a clear imperative flows from the Gospel that we are to “do justice.” Efforts of social reform are consistent with a proclamation of the Kingdom. But as both of the Niebuhr brothers stressed, we must retain a sense of “realism,” the recognition that human sin is a factor in every human enterprise. Christians are called to maintain a level of modesty and self-skepticism in our efforts to improve the world around us, and avoid the optimistic but false gospel of utopianism.

“No There, There”
Are we really “sinners in the hand of angry God?” Well, actually, yes. It is not that Jonathan Edwards is wrong. His message is really about grace and redemption. But today the packaging strikes us as a bit severe and one-sided. I once considered reading “Sinners in the Hand of an Angry God” from the pulpit on Independence Day as a quintessentially American sermon, and quickly abandoned the idea after reading it through. The message of wrath, sin and judgment is hard to hear, and we must never let these things obscure the goodness and love of God. But they are an essential part of the human situation in which we encounter the grace of God. Without taking them into account, our message of grace and love loses its content. To quote Gertrude Stein, “there’s no there, there.” If we are to witness faithfully to the Kingdom we must offer something more robust than “A God without wrath who brings men without sin into a kingdom without judgment through the ministrations of a Christ without a cross.”

Published in the Fall 2011 issue of The Albany Episopalian