“In the Image”: Male and Female as the Imago Dei

By The Rev. Dr. Canon Christopher A. Brown

“The Dignity of Every Human Being” “
Will you…respect the dignity of every human being?” This much repeated phrase comes as the climax of a series of promises reaffirmed by the Baptismal Covenant in the 1979 Book of Common Prayer. It rests on a conviction that human beings occupy a unique place within the created order that accords humanity a special dignity.

This notion is not undisputed. Some would say that it is pure anthropocentrism – a sort of narcissistic self-love on the part of the human species that arbitrarily separates us from the natural order and legitimizes exploitation of the environment. A modern secular tendency insists that human beings are animals like any other species, distinct merely in the size and complexity of our neural pathways. After all, genetics has shown that our DNA differs only slightly from that of other higher mammals, and is not all that different from most terrestrial beings.

Christians affirm that humanity is an integral part of the created natural order. At the same time, we insist that human beings do have a unique dignity and vocation that derives from the fact that we are made in the “image of God” – what theologians call the Imago Dei.

The belief that every human being is made in the image of God with an intrinsic value and dignity is a cherished Christian conviction – across the theological spectrum. It is the basis for efforts by Christians to eliminate poverty, promote social justice, and oppose exploitation, capital punishment and abortion. Christians differ on some of these issues; those on the cultural Left and Right each have their particular commitments, but the basis for each is a shared recognition of the human dignity inherent to the Imago Dei.

What is the Image?
Where exactly is this image to be found? Surely our being “made in the image” does not mean that the Creator walks upright and has hands and feet – or that we reflect the visual form of such a bipedal God (at least until the Word became Flesh in Jesus Christ).

From earliest Christian times, many have identified the “image of God” as a human capacity such as rationality, moral sensibility, or the capacity to love. For St. Augustine, the image lies in our rational faculty since this is what makes us distinct within the created order: “We ought therefore to cultivate in ourselves the faculty through which we are superior to the beasts…let us use our intelligence to judge our behavior.”

While rational and moral capacities are intrinsic to human nature, Genesis does not explicitly link them with the Imago Dei. Hence, some interpreters have taken their cue from the text itself and argued that the Image of God consists of our share in the stewardship of creation.

“…let them have dominion over the fish of the sea and over the birds of the heavens
and over the livestock and over all the earth and over every creeping thing that
creeps on the earth….The LORD God took the man and put him in the garden of
Eden to work it and keep it.” (Genesis 1:26, 2:15)

These interpretations are not mutually exclusive; both point to the uniqueness of human nature and vocation. Yet both fail to take into account the fact that the text itself associates the “image and likeliness” with the creation of humanity as male and female. 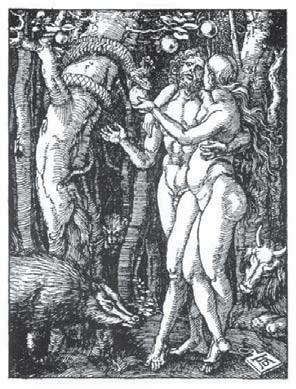 “So God created man in his own image,” says Genesis 1:27, and to elaborate goes on to say, “in the image of God he created him; male and female he created them.”

At the point in the narrative when human beings appear on the scene, we hear that humanity is formed in a complementary distinction of male and female. As the image and likeness of God, this differentiation is neither incidental nor merely utilitarian, but is essential to the meaning of human identity.

At first glance, this is counterintuitive. While a human faculty such as rationality distinguishes humans from other creatures, the differentiation of male and female is universal among earthly species. Why would this be what marks us uniquely as “made in the image”?

The answer has to do with the human capacity for fellowship. As the new ESV Study Bible puts it, “humanity expresses God’s image in relationship.” Just as God subsists in an eternal relationship of Father, Son and Holy Spirit, so humanity subsists in – and does not exist apart from – patterns of relationship.

Obviously human society consists of the interweaving of a wide range of relationships. The fact that male and female uniquely reflect the “image and likeness of God” lies in their distinct complementarity. It is the “otherness” with which each gender greets (and completes) its complementary “other” that distinguishes this relationship, and renders it determinative of the rest.

Karl Barth on Male and Female
The great Swiss theologian, Karl Barth (1886-1968), speaks of a God who is not solitary, but who exists in an eternal fellowship that we know as the Trinity: 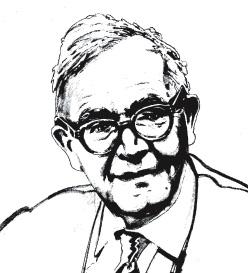 God exists in relationship and fellowship. As the Father of the Son and the Son of the Father He is Himself I and Thou, confronting Himself and yet always one and the same in the Holy Ghost.

By forming us in the divine image, God intends us to share in a similar mutual fellowship. Barth points to the encounter of male and female – each distinct and yet complementary of the other – as the prime expression of that human fellowship that reflects God’s inner nature.

God created man in his own image in correspondence with His own being and essence. He created Him in the image which emerges even in His work as the Creator and Lord of the Covenant. Because He is not solitary in Himself, and therefore does not will to be so ad extra [in time and space apart from God’s inner Triune being], it is not good for man to be alone, and God created him in His own image as male and female.

Barth recognizes that human beings enter into a variety of relationships, but insofar as male and female express the “image and likeness” of God’s inward relationality, this relationship is the “great paradigm” for all human relationships. It points to the relational nature of humanity as a whole. Barth says, “The fact that [Man] was created man and woman will be the great paradigm of everything that is to take place between him and his fellows.”

As the Imago Dei, the covenant relationship of male and female becomes the prime metaphor not just for God’s inner relational nature, but also for God’s relationship with His people. This finds expression in Old Testament references to the God of Israel as the spouse of his people (“I was their husband,” says Jeremiah 31:32). Similarly the Apostle Paul’s treats marriage as an analogy of the relationship of Christ and his Church: “‘Therefore a man shall leave his father and mother and hold fast to his wife, and the two shall become one flesh.’ This mystery is profound, and I am saying that it refers to Christ and the church” (Ephesians 5:31-2).

Says Barth, “the fact that [Man] was created and exists as male and female will also prove to be not only a copy and imitation of his Creator as such, but at the same time a type [or symbol] of the history of the covenant and salvation which will take place between him and his Creator.”

What are we to make of this?
Karl Barth’s account of the relation of male and female as the Imago Dei has been sharply criticized. Contemporary readers across the spectrum affirm the emphasis on human social behavior as a reflection of the relational nature of the Triune God. But critics argue that to treat male and female so exclusively as the point at which God’s relational nature is uniquely expressed is too restrictive. What about other significant human relationships, and not the least, the emerging practice of same-sex marriage?

While this criticism may seem intuitively obvious in today’s society, its true object is not so much Karl Barth and his theology as the Biblical text itself. Barth is merely expositing the text. While not all interpret the Genesis 1:26-27 in the same way, one cannot ignore the priority that the passage itself places on the unique complementarity of male and female and its immediate connection to God’s “image and likeness.”

As a cultural consensus emerges that is significantly at variance with the Biblical outlook, the question becomes: how are Christians to regard a foundational text traditionally affirmed as the inspired Word of God? The solution is not so simple as the glib distinction between “fundamentalism” and a more “enlightened” reading. Obviously the interpretation of a two thousand year old book that claims authority over our lives is a complex and often nuanced enterprise. But how much of a discrepancy can we sustain between our personal convictions and the plain meaning of Scripture before the character of Holy Scripture as inspired by the Holy Spirit ceases to have practical meaning?

Published in the February/March 2010 issue of The Albany Episopalian