Paul or Jesus? A Religion “about” Jesus and the Religion “of” Jesus

By The Venerable Doctor Christopher A. Brown

A New Thing
Just when it seemed that Liberal Protestantism was dying a slow death, a new movement emerges from the embers, something called “Progressive Christianity.” In many ways, it is a youthful repackaging of an older theological liberalism, but it draws from other sources as well. Not the least of these is a movement within Evangelicalism called “Emergent Christianity,” that borrows from liberalism but also shows a new interest in liturgical practices and the teachings of the ancient Church Fathers, traditionally ignored or regarded with suspicion by Evangelicals.

One of the most energetic voices of the new “Progressive Christianity” is a Methodist pastor from Colorado named, Roger Wolsey. His book, Kissing Fish: Christianity for People Who Don’t Like Christianity, is a manifesto of this way of thinking. It is similar to Brian McLaren’s “Emergent” manifesto, Generous Orthodoxy, except that Wolsey’s brash and vibrant Gen-X style outpaces McLaren’s genial and laid-back Baby Boomer outlook. Both books are theologically informed and highly eclectic. Both confidently assert what they take to be the “signs of the times” and reject what they view as the distortions and excesses of Fundamentalism.

Such unwieldy notions as the Trinity, the two natures of Christ (divine and human), his atoning death and his bodily resurrection, are taken to be intrinsically divisive; whereas an invitational way of life based on service and an open, nonjudgmental spirituality can only unite and attract.

As fresh and vibrant as Wolsey and other new Christian progressives are in their style of presentation, the distinction between the religion of Jesus and a religion about Jesus has been the trademark of theological liberalism since the Enlightenment of the 18th century. This contrast has invariably taken the form of a sharp disparity between Jesus of Nazareth and the Apostle Paul. If the liberating religion of Jesus has been obscured and distorted into a religion about Jesus, then who is the principle culprit? Invariably the accusing finger points to Paul.

“Firm corrupter of doctrines of Jesus” -- Thomas Jefferson
In 1820, Thomas Jefferson completed his edited version of the New Testament. His intent was to “separate the gold from the dross.” There are, he said, “many passages of fine imagination, correct morality, and of the most lovely benevolence.” Other parts of the New Testament,
however, are “of so much ignorance, so much absurdity, so much untruth, charlatanism, and imposture, as to pronounce it impossible that such contradictions should have proceeded from the same being.” These elements he attributed to “the stupidity of some, and roguery of others of his disciples.” Of this “band of dupes and impostors,” said Jefferson, “Paul was the leader of the chorus and firm corrupter of doctrines of Jesus.”

“The First Christian” -- Frederick Nietzsche
One of Paul’s fiercest detractors was the philosopher, Frederick Nietzsche. The son of a Lutheran pastor, and pious in his adolescence, Nietzsche admired Jesus. Jesus boldly “denied any chasm between God and man, he lived this unity of God and man as his ‘glad tidings.’” By contrast, it was Paul, “a very tortured, very pitiful, very unpleasant man,” who was the “first Christian” and “inventor of Christianity,” accomplished by interjecting, according Nietzsche, the problem of guilt and sin. 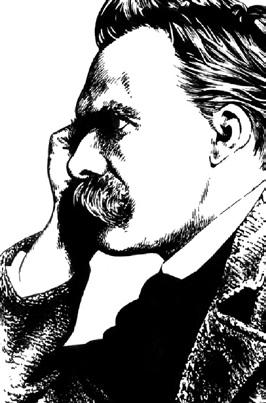 "On the heels of the 'glad tidings' came the very worst: those of Paul. In Paul was embodied the opposite type to that of the 'bringer of glad tidings': the genius in hatred, in the vision of hatred, in the inexorable logic of hatred. How much this dysangelist sacrificed to hatred! Above all, the Redeemer: he nailed him to his own cross. The life, the example, the doctrine, the death, the meaning and the right of the entire evangel - nothing remained once this hate-inspired counterfeiter realized what alone he could use."

Nietzsche’s objections to Paul relate to the idiosyncrasies of his own philosophical outlook. To Nietzsche, Paul fashioned Christianity around the “ressentiment” of the weak against the strong, the poor against the rich. “The poison of the doctrine of ‘equal rights for all’— it was Christianity that spread it most fundamentally.” (In all fairness, neither Christian orthodoxy, nor the today’s Progressive Christianity, is sympathetic to Nietzsche’s rant against the “falsehood” of the “equality of souls before God,” which he denounced as the “pretext for the rancor of all the base-minded” and the “principle of decline of the whole order of society.”)

Another Nietzschean objection, which sometimes surfaces among Christian progressives, is Paul’s emphasis on immortality and resurrection. “The great lie of personal immortality destroys all rationality, all natural in the instincts – all that is healthy, all that is life.” But while social progressives criticize Christian otherworldliness as on “opiate” and disincentive to social transformation, Nietzsche’s complaint  was the reverse; in his view the leveling promise of eternity only encouraged the rabble, and “persuaded over to its side everything ill–constituted, rebellious.” 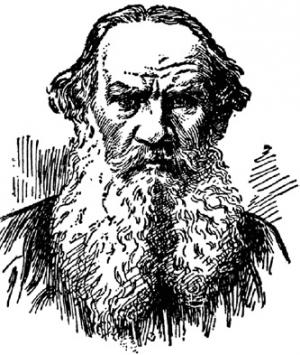 A third detractor of Paul was the Russian novelist and utopian thinker, Leo Tolstoy. Like Jefferson and Nietzsche, Tolstoy had the highest regard for Jesus, from whom he derived his philosophy of non-violence, so influential to Gandhi and Martin Luther King. But like the others, Tolstoy regarded Paul as the principle culprit in the church’s “deviation” from Jesus’ teaching and practices. Paul was a “half-crazy slave driver, who completely distorted Christianity.” According to Tolstoy’s close friend, Aylmer Maude, the novelist “frankly disliked and disapproved of much in the Epistles of Paul, whom he accused of having given a false basis to Christianity…”

Tolstoy objected to Paul’s elevation of Jesus to the status of divinity. “To consider [Christ] a God and pray to [Him], I esteem greatest blasphemy…” The second Pauline “fabrication” was the doctrine of the resurrection. “There is fabrication in...Paul. There isn’t with Christ… He would not have been turned into a religion had it not been for the fabrication of the resurrection, and the chief fabricator was Paul.

A False Dichotomy
Jefferson, Nietzsche and Tolstoy all insisted that while Jesus himself was an exemplary figure, his teaching was distorted by Paul, who created his own religion about Jesus. They are agreed that Paul’s religion about Jesus included three key assertions: the divinity of Christ, atonement for sin, and the bodily resurrection – all which were alien to the teaching of Jesus himself. In calling for a return to the religion of Jesus in place of a religion about Jesus, the current Progressive Christians have simply repackaged a theological perspective that has been in circulation a long time.

Did Paul (and others perhaps) distort the message of Jesus? Did Paul replace Jesus’ liberating ethical teaching with his own doctrine about Jesus? Is there really such a disparity between the message of Jesus and of the witness of Paul? Must we really choose between one or the other?

The choice between Jesus or Paul, of course, is a false dichotomy. While Jesus and Paul each have their own voices, there is a remarkable continuity between the teaching of Jesus in the gospels and the Paul’s version of the good news. Jesus himself anticipates many of the claims Paul makes for him. He points to his divinity by his bold assertion of intimacy with the Father, as well as the frequent demonstrations of his authority in declarations of forgiveness, miracles of healing and exorcism, and the act of cleansing the temple. He periodically alludes to his resurrection, and in the final journey to Jerusalem he frequently speaks of his impending suffering and death as the climactic act of his ministry, and he anticipates Paul’s theology of atonement by referring to his death as “ransom for many.”

Law and Gospel
The twin concepts of Law and Gospel are crucial to interpreting the Bible. It is not just that the Old Testament contains laws, while the New Testament centers around biographical narratives entitled “gospels.” Law is anything that relates to what human beings do in obedience to God’s command. Gospel is “good news” about what God has done for us in accomplishing our redemption. Hence, the distinction between Law and Gospel has to do with “agency” – that is, with who does what. Law is what we do (or fail to do). Gospel is what God has done.

Those who privilege the religion of Jesus over a religion about Jesus tend to focus on the imperative. Their interest is on how we are to live in order to be more compassionate, more just, more bold in speaking truth to power, etc. The portrait of Jesus in the Gospels thus becomes a model for human action, and Christianity a radical way of life that offers an alternative to a culture plagued by selfishness and injustice. By contrast, Christian Progressives tend to sideline Paul’s indicative presentation of the Gospel about a divine savior who atones for sin. Progressives are generally suspicious of a preoccupation with personal salvation as overly individualistic. Many seem to regard the traditional emphasis on salvation as a distraction from the “gospel imperative” of social justice, which moves in the direction of exclusionary lines of separation, and the assertion of rigid dogmas. 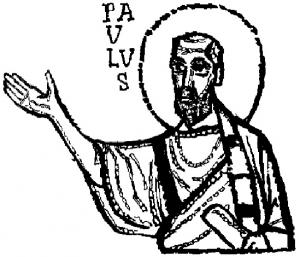 Paul brings clarity to this distinction. For Paul, imperatives flow from indicatives. In Paul’s letters, the saving work that Christ accomplishes on our behalf gives rise to a faithful human response characterized by a new pattern of life, and connected to what precedes it by the word “therefore.” In Romans 12:1, Paul makes the transition from the indicative to the imperative, “I appeal to you, therefore, brothers, by the mercies of God, to present your bodies as a living sacrifice...” In Galatians 5:1, Paul marks the same transition with a simple summary statement, “For freedom Christ has set us free” and then turns to the imperative consequence, “stand firm, therefore, and do not submit again to a yoke of slavery.” All that follows in both letters is an extensive pattern of Christian ethics centered on the love of neighbor.

For the entire New Testament (not just the Epistles of Paul, but the Gospels as well) Christianity as a way of life is inseparably intertwined with Christianity as the proclamation of God’s saving work in the death and resurrection of Jesus. It is not possible to “separate the gold from the dross,” because one follows from theother. The commitment to implement the liberatingsocial teaching of Jesus (a fair description of his message) is a response to God’s saving work in Jesus on the cross – apart from which an unredeemed and impenitent humanity lacks the motivation (and more importantly) the capacity to put this teaching into practice.

Publishing in the Lent 2013 issue of The Albany Episcopalian